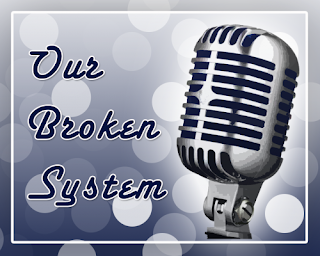 I have been in a fight lately. A fight for someones life and livelihood. Not for myself. For an Army soldier.

What I have learned in the past year is that the Army has really big talk for suicide prevention and treatment for PTSD but they have no desire to actually act on their big talk.

What I have learned is that the Army chooses to punish soldiers with illness rather than deal with the issues at hand. This situation could have escalated because command changed so often that no one really knew who the soldier was.

What I have learned is that the Army does not like to be told they are doing this.

What I have learned is that when you point out the problem the Army punishes the soldier more.

What I have learned is that the Army simply does not care about their Soldier.

Here is a scenario. A soldier spends many years in the service. He gets awards for excellence and everyone goes to them whenever they need something done. For as many years the soldier has never been a disciplinary issue.

After multiple deployments that same soldier starts to have problems at home. Nightmares. Anxiety. Depression. The soldier really doesn't know why and just tucks it all away thinking it will go away soon enough. It really doesn't go away so the soldier might turn to drugs or alcohol to self medicate the problem.

A few more months pass and nothing is getting better. In fact it's getting worse. The soldier goes to see a doctor at the clinic. Discusses sleep issues and anxiety and drinking. The doctor does blood work and tells the soldier to come back for the results.

The soldier might feel hopeless and start to give up. Their chain of command probably doesn't notice the problem because the soldier has always been exemplary and the soldier knows how to wear a smile and pretend everything is okay.

At the point a soldier realizes there is a deeper problem they have probably missed work or not fulfilled their duty while at work. Their chain of command punishes this behavior. Now the exemplary soldier has become a discipline problem.

The soldier goes to ASAP, the Army Substance Abuse Program aimed at treating ONLY alcohol/substance abuse. The soldier spends up to 30 days in a 12-step program addressing a symptom of an illness. (To me that is like sending someone with terminal cancer to an inpatient program to treat a cough they got from the cancer but ignore treating the cause of the cough.)

Now his doctor sends a referral to TriCare for the soldier to see a psychiatrist and while he's waiting the two weeks for the approval puts him on some random antidepressant without monitoring changes in mood or behavior. Once the referral is received the soldier calls to make an appointment. The soldier is told the first appointment is three months away. So the soldier will call Tricare to ask for a different doctor to see only to be told that he will have to go back to his primary doctor and request a new referral that starts the process over again.

The soldier makes appointments with social workers and ASAP counselors only to have those appointments canceled or rescheduled on a regular basis.

With all hope lost and no light in the tunnel, three days later the soldier attempts suicide. He can't handle the dreams, the feelings, the fear. He feels he is worthless and the world is just better off without him. With the gun loaded and cocked and aimed at his head, seconds before the trigger is pulled, he realizes he can't let his wife find him. That he needs to rethink his plan of suicide so she isn't traumatized. The drinking continues again, there has to be a way to numb the pain for the soldier.

The problem is still kept mainly at home. The soldier knows at this point his chain of command is no help. A few days later the side effects from the medication and the nature of PTSD and depression are so bad that the soldier has such an extreme nightmare that he can't wake from his spouse has to call someone for help. His chain of command takes the soldier to the hospital and he is readmitted into another facility that addresses alcohol with a 12-step program. They would like to call themselves a dual treatment facility but the main issue addressed is still alcohol with any other problems being secondary. After 2 1/2 weeks in a 30 day treatment facility the soldier is released because the new medication might appear to at least not making them worse.

After a soldier is releases from these facilities there are a few things they have to do upon returning to their garrison. They go to a place called R&R. This is the Resiliency and Restoration Center that a soldier goes for psychiatric care. A nurse asks them a few questions then schedules appointments. There is still a waiting period to see an actual doctor.

The soldier is still depressed, still having the same symptoms they have been having for almost a year and still has not received help. As hard as the soldier tries the soldier still needs to numb the pain. When the soldier comes home the soldier has a couple drinks to numb himself so he can fall asleep.  Because of such heavy drinking the soldier may have developed other health issues that affects metabolism of alcohol.

If this soldier is .041 they are considered drunk on duty.

If this soldier pleads guilty and asks for mitigating circumstances and that the punishment be suspended because he had not been able to get help until after this happens the command doesn't care. They will strip a soldier of rank causing them to lose a great deal of money per month, place them on extra duty which amounts to 12-18 hours a day with no break for up to 45 days, put them on restriction (kind of like jail in the civilian world) and take 1/2 of their pay for two months with absolutely no consideration to mitigating circumstances.

A soldier is not allowed to have a lawyer at these proceedings. That is reserved for court martials. I was a spokesperson for this soldier. I am not in the Army I was so scared. I kept my calm. I presented dates, timelines, medical records, research into dual diagnosis of PTSD and Alcoholism. I presented documents that showed one cannot be treated without the other being treated. It did not matter. I feel like I failed because the soldier received full punishment. I am telling myself I did everything, but could I have done more? I was dismissed from the hearing and the soldier was called back in. I was not there for the 'sentencing.' When the soldier came back out his eyes were dead. I could tell their life had just been stripped from them.

It is a look that will forever be burned into the front of my brain.

So yes, I have learned the Army will take a person send them to war then punish them without regard to circumstances. Once upon a time I used to be the most patriotic person there was. Now I am so disillusioned at how the Army treats soldiers if anyone were to ask me what I felt about enlisting I would have to say if you want to destroy your life, sure why not.

I am off now to work on the appeal. I pray that my words will make sense and stress that this soldier needed help but could not get it. I pray that if I cannot get the punishment changed that I can get it suspended until the soldier truly has a chance to prove himself.

I would love to have your feedback. So please sound off.


ptsd punished for having ptsd suicide US Army