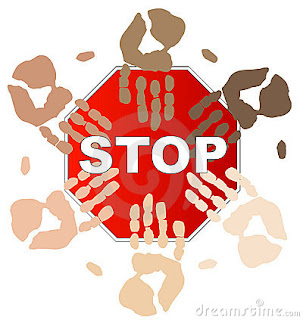 I'm irritated and this is my input, this is the last I will speak of it. I just had to get it off my chest because I'm tired of being labeled a racist simply because I'm white.

Read the following article, then decide if you think it's a hate crime.

CINCINNATI —Six teens accused in the attack and beating of Pat Mahaney in North College Hill are no longer on house arrest while waiting for trial. On Friday, they were ordered to be held on bond.

Five of them are 13, one is 14. Some have a prior juvenile record, some do not. All of them are accused of felony assault and aggravated riot.

On Aug. 11, six white teenagers attacked and beat Pat Mahaney, who is black, as the 45-year-old was returning home with a six-pack of beer, North College Hill Police Chief Gary Foust said.

Mahanay was attacked from behind and had done nothing to provoke it, Foust said, adding that police don't consider the beating a hate crime but a random act by the group of teens, who said in separate interviews that they were bored and looking for something to do.

Mahaney had extensive internal and external injuries, and was hospitalized for four days.

The teens were set to go on trial Friday on charges of felonious assault and aggravated rioting.

Foust said he has gotten dozens of calls and emails from people across the country and throughout Ohio asking why the beating wasn't being treated as a hate crime.

"At no time did they indicate the crime was committed because of race; they were just walking around the streets with nothing to do," Foust said. "Let's face it, for a person to have been victimized to the extent that Mr. Mahaney was victimized, it's hard to wrap your head around how boredom could be a motive, and I think that's what people outside (the community) struggle with."

Unless their families make bond, the teens will remain in custody until at least after Labor Day when Judge Tracie Hunter will decide if the bond conditions should be changed.

This man died almost a year later on July 12, 2013. Read that announcement here.

Now I'm going to link to the actual story. If you're opinion changes you might need to take a look at your core beliefs. See, I changed two words and two words only in the above story. If you are not so mad that you leave this page please keep reading because I have to get this off my chest.

I was raised in a town where there was no racial diversity. There were plenty of nationalities. Swedish, Finnish, Polish, Norwegian, Dutch and Native American. Oh, the Native Americans were darker than us Scandinavians. We knew they were different. There were definite tensions at time but for the most part we all got along. I was raised as much as possible without racial bias and never ever saw a black person until I was almost 20. Other than on television that is. Some things I noticed were that we all didn't eat the same foods, and also realizing I was coming from the North to what I considered the South. The foods I was used to eating were nothing like the foods that anyone around me ate. I experienced culture shock. I adapted and lived a completely normal life.

Sometime in my life we learned my cousin was marrying a black man. You know what? No one cared. No one that I knew anyway. She seemed happy and that's all that mattered. Why should it matter to anyone else?

Now I want to address hoodies. If you don't know what I'm referencing then you don't catch much news. If I see anyone teenage and over, of any color wearing a hoodie that's hiding their face it SCARES me. They are hiding something, they don't want to be seen. That is my perception and it is not going to chance. Is it racial profiling? NO. I've seen plenty of white kids back home wearing those hoodies that I wouldn't get near for any reason. I even have a cousin that dressed like that that I avoided because he acted and behaved like a little thug. I don't care what color you are, stop hiding and stop looking like a thug and you will get more respect. Oh yeah, and pull your pants up. That might help too.

My mother, a 5 foot nothing 60+ year old woman who is most definitely a white woman, came to visit me a few years ago in Texas. It was in February and believe it or not it does get a bit chilly here. On her way back home she wore a hoodie to help keep her warm. She flew out of Killeen just fine but when she got to Dallas they made her take the hoodie off because it was suspicious.

When are people going to stop looking at color and start looking at actions?

I seriously don't care what color you are. I might ask you questions about your culture, not because I'm racist but because I'm honestly curious. I would hope you ask me questions too. That doesn't make me a racist.