August 07, 2014
Mind **blown** WHY?
I am looking for a specific record in Mikey's medical history. I have thousands of pages that I have to go through. (On the chronological sheet there are records missing for almost 2 years...the ones I need too!) Anyway, I saw something that has me so upset and dumbfounded that I don't know what to do.

Yes, I suspected for a long time before his diagnosis that he had dementia. So did he. What I learned tonight reading his records was so did one of his doctors! ONE YEAR BEFORE A REFERRAL TO NEUROLOGY!! One freaking year!!! Why was this not addressed then? So much of this nightmare might never had taken place had they given him the referral then! Take a look for yourself. (I blocked out most of the page as it was a counseling session but he did give me permission to show this.)

This Doctor mentions Huntington's disease. That IS a form of dementia. It is also one that the second neurologist ruled out. But if he suspected it ONE YEAR AGO why didn't he do anything? Why didn't the Primary Doctor see that and put in a referral? If those referrals had been made to neurology the MRI would have been done 1 year sooner.

It was bad enough that I had requested a referral to neurology 1 1/2 years before it happened. Now to know that a Doctor at least wanted to rule out a form of dementia and nothing was ever done makes me sick. Why didn't the Doctor even talk to us about it while we were there? Why is it stuck in the bottom of a medical note only to be discovered long after the fact?

There are always too many "why's" to be asked with the Army. 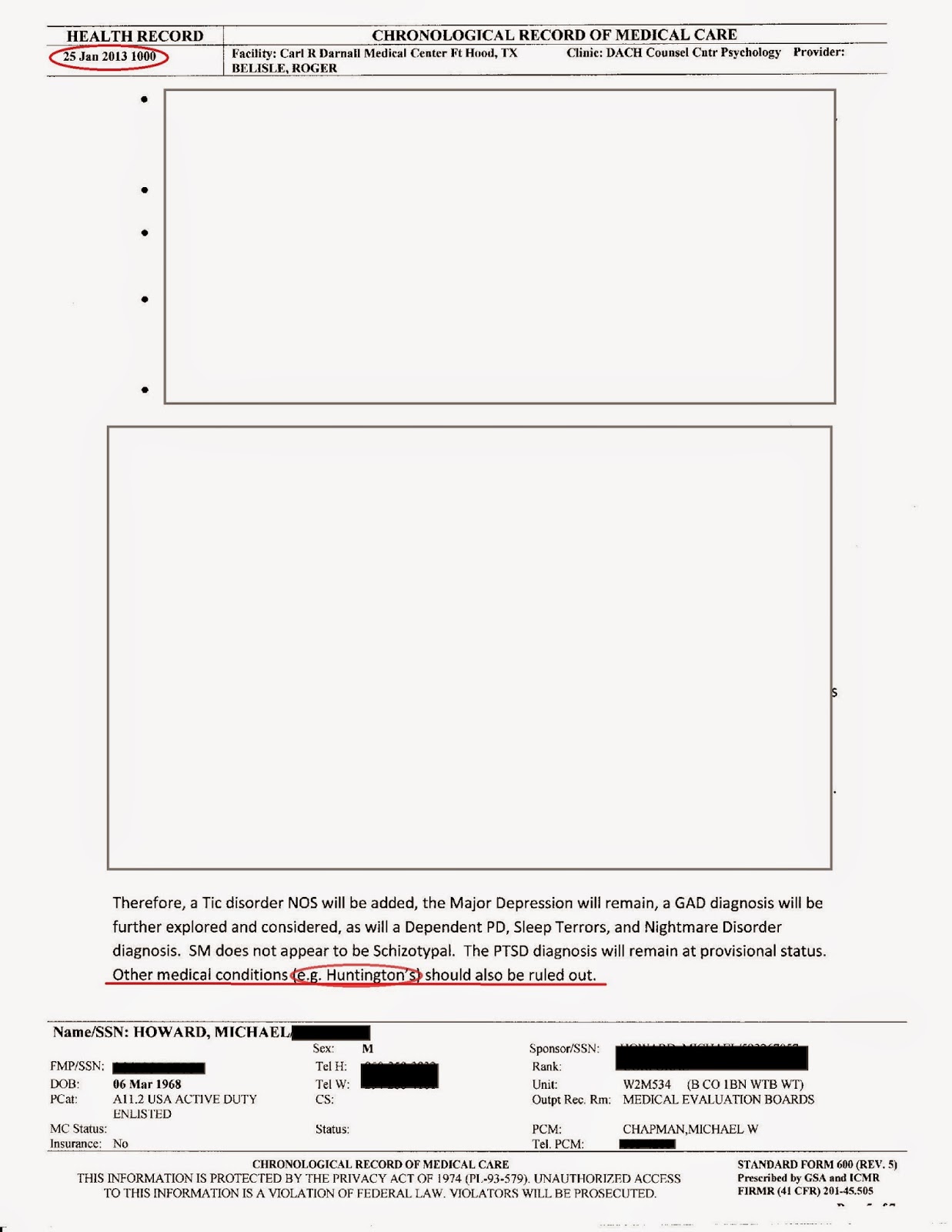 I'm on a mission today to find those 2 years of missing records. I also want to find some answers as to why nothing was done to rule out Huntington's. I'm sure I won't get them. They like to pass the hat around here so no one gets to take responsibility.
dementia Fort Hood WTU Huntingtons US Army