October 13, 2014
Story told with permission. This is part of the "Stupid Mikey Stories" that I hope to capture as many as possible of the thousand silly stories he has while he can still tell them to me.


Really. Do NOT try to hold in your sneezes. I've done it my entire life. But I cover my entire face to ensure the safety of others around me. I have learned the art of plugging my nose and covering my mouth. I've spent almost 50 years perfecting the technique. But not everyone can manage it.

My husband is one that hasn't mastered the art of the inward sneeze.

Of course we all do what we can to prevent a public sneeze. Look at a bright light, put your finger under your nose, pinch your nose, put your head down, bite your lip or any other method you might have heard works. By the way, these work about as well as hiccough remedies.

Sometimes when your body needs to sneeze it's going to sneeze regardless of how YOU feel about it.

It doesn't care that you are standing in line making polite conversation with a Captain that is also going through medical out-processing. The line is long and people have been waiting for hours long before the door is opened because it's the only way to actually accomplish this task.


*Disclaimer* Don't use tobacco! It's addictive and bad for your health!

It's also not polite for tobacco users to be lighting up a cigarette and polluting the air of those around them with the second hand smoke. So don't do it! (That is coming from a smoker that respects the air of non-smokers.) However, there is no harm for those that chew tobacco to get their nicotine intake by putting in a dip. (If you aren't spitting disgusting tobacco juice in the paths of other people. Keep it clean and I don't care if you chew.) I was fueling my habits with a cup of coffee in one hand and an electronic cigarette in my pocket.

Anyway, sneezes happen. Many times you can feel them coming on. Sometimes they surprise you. Sometimes both. As Mikey desperately tried to hold back his sneeze his inner workings said, "No way buddy! You are GOING to SNEEZE!"

Suddenly and with great force. 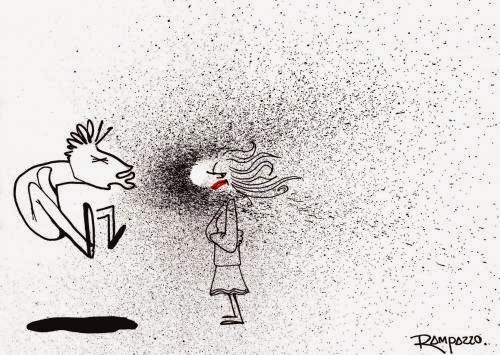 While he was chewing snuff. (Very small particles of tobacco.)

While he was talking to the nice Captain.

Who was now wearing Mikey's snuff all over his ACU's.

Mikey could have crawled into a hole and hid forever. He was profusely apologizing. I was just as embarrassed for him.

The Captain calmly looks at him and says, "It's okay. I have children."

Now THAT was funny! What a great guy to take it with grace. It could not have been pleasant. I know it wasn't, not for any of us.

And now for some funny cuteness.