Shouldn't it get better? "I want to go home." 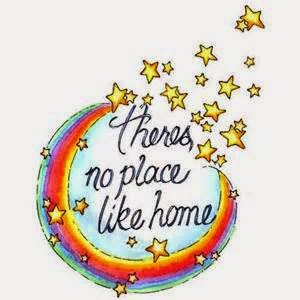 I know the disease, this Lewy Body Dementia will not get better. I was thinking after Army life things would get better.

As my husband's disease rapidly progresses I am finding there is no real help for him or for me.

He doesn't get out of bed now. That makes it very hard to get him to the doctor for any appointments. The VA responded to that as "It's his right to reject medical care." This after a social worker had been here to evaluate him for Primary Care Home. When I called back two weeks later the nurse I spoke to said he had been denied because he is able to care for himself and can make the appointments. I wonder how they came to that conclusion? Oh, and Caregivers Assistance through the VA? They found a way to deny that. They didn't take into consideration his PTSD and depression diagnosis but based it on dementia. Therefore it's an illness and not an injury and no eligibility.

This gets more and more ridiculous with each passing day. The nights are getting longer and my sleep is getting less and less.

I don't have someone to come in and help me with the mountains of paperwork that I am working on. Paperwork that if it doesn't get done will leave us homeless in no time at all. Paperwork that even after it's completed will take months for the agencies to act on. The answer to all? Hire a lawyer. Well that seems logical. Except lawyers like to be paid and there is no money for that. Pro bono attorneys I don't believe actually exist.

I have reached out to many different veteran help organizations. Each one seems to have a way to disqualify us for help for one reason or another. It angers me and makes me wonder what they do with all the money they fund raise for. Is it only used to advertise their organization and raise more money? Is it because he will die soon so it really doesn't matter anyway?

I am not behind on bills yet. If something doesn't give soon I will be. I'm doing everything within my own powers to not let that happen because I am desperately trying to buy a house in Florida to give Mikey his last wish of "going home." I can't afford to get behind on anything because then the credit report/score is affected and there go all hopes for getting a house.

He doesn't know all that I do during the day to hold things together. The mountains of paperwork, the phone calls. I exhaust myself each and every day trying to figure it out. There are a couple of evil forces that are against him and every time I make progress those forces make sure nothing good can happen.

This man that gave so much of himself when he was healthy is now nothing to society. Yesterday at a visit to the emergency room he was treated like nothing more than an animal and hospital staff untrained in dealing with dementia patients calling security and the local police only because he was wandering the hallways. He was trying to escape those hallways but he couldn't and he wasn't harming anyone, being loud or disturbing anyone. The entire ordeal was horrifying for me and beyond stressful for him when it didn't need to be. At least I know I will never take him back to that hospital!

I am his caregiver. There is no break. There is no help. He loses more and more functioning everyday. The more he loses the more I have to do. He has lost all will to live. I try to fight for both of us. I tell him everyday he has to keep fighting. He has to fight so I can get him home. Lately, each time I tell him to fight so he can get home I wonder if I am just lying to him because I don't see anyway of making that happen with the way things are right now.

He'll sing the chorus to "Home" over and over again. It breaks my heart. This is his favorite version.


I've learned that caregivers really get no help. I have heard that respite care from the VA is nearly impossible because of long wait lists. I also know when a caregiver needs respite it's usually urgent. I've learned people feel bad for caregivers but mostly they only use words and no actions. Please don't say "If there's anything I can ever do..." and then not back it up. Better yet. Never say that. Caregivers don't generally ask for help for the things they really need help with.

If you know a caregiver, DO something. It doesn't have to be big. Just do something that will make their life easier. Take them a meal. Run and errand. Many things get left undone because they cannot get away to do them. Caregivers don't want to be a burden and need help way more often than they will ever ask for it.

I can tell you from my standpoint as a caregiver. The world has never been a lonelier or more scary place to live in. I sit here alone watching my husband decline daily. I grieve daily for the husband I have already lost yet I watch each day as his physical body deteriorates. This is not a happy world I live in.
caregivers home LBD Lewy Body Dementia VA