What Outside Doctors Saw 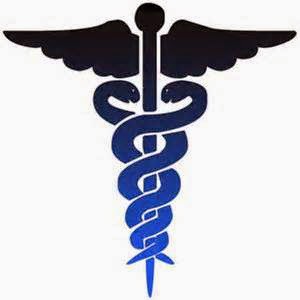 "SM is intelligent, prideful, and with a good sense of humor which works both for him and against him. These attributes allow him to provide a façade which makes him appear normal to the untrained, unknowing. In reality he is struggling with his day to day adapting and compensating as he slowly decompensates emotionally and cognitively." *note: SM means service member*

Those are words written by a doctor that he was sent to at Brooke Army Medical Center. I don't know exactly what title she held but it was one of the main doctors at Fort Sam Houston's Warrior Transition Unit.

That was July 18th. He spent 4 hours total being evaluated by this doctor and another at Occupational Therapy. They did tests on him. Spent time with him. Watched him. They didn't do anything devious or try to trick him in any way. You don't have to. All you have to do is spend time with him. Something that doctors and command at Fort Hood were not willing or behaved as if they had no time to do. How does a soldier spend a year in a company and they still cannot see what a doctor that spent 2 hours with him saw?

Because they did not WANT to see. It is as simple as that.

His SCAADL was approved as of July 18, 2014. He retired July 27, 2014 and is only entitled to that for 90 days beyond his active duty service. It all just appeared to be a game the Fort Hood WTU played with him. Had I not fought he would have gotten nothing.

I have been told that policy changes have since been implemented to protect the soldiers that are coming behind him. No one has yet to tell me what those changes are. No one has offered to right the wrongs they caused us.

I requested a congressional hearing on the matter. I am still waiting on that.

I heard there is going to be some SCAADL training here at Fort Hood from the Commander of SRMC (Southern Regional Medical Command) on October 16. I have not been officially told nor have I been invited to attend. That disappoints me. I want to make sure that positive changes are truly taking place and that the training is not just something to get the Inspector General off their backs from complaints I filed with them or to sound good at a Congressional hearing.

I know there are people involved that care. There are just too many others that don't. It's a classic fight against good and evil.

I'm tired. My thoughts are scattered. Mikey entered the hospice program this week. They are angels. They care. I feel like for the first time in almost 3 years I can back away and trust that someone else will take care of him as well and better than I have. I could never give that trust to anyone while he was still in the Army. They never once tried to earn my trust so they didn't get it.
Army Fort Hood WTU SCAADL WTU