December 11, 2014
If there was just one thing that I could ask for, just one wish to come out of the investigations at Fort Hood, it would be to get my husband's rank restored. He has never asked for anything. This is the only thing I ask for him. 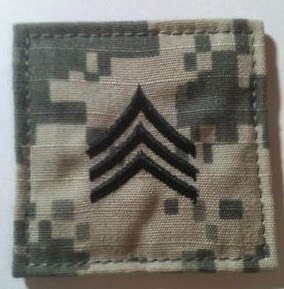 The day it was taken from him was probably the worst day of his life. Yes, even worse than being diagnosed with a terminal illness. His stripes were hard earned. He deserved them and surely NEVER deserved to have them taken from him. To be told by his leaders to, "suck it up and get over it." To be called a liar by the Colonel of the Brigade during his appeal. He got promoted twice in just a few months during his last deployment! Don't they think if he could have sucked it up he would have?

I have the medical evidence now to prove that his behavior was not in his control. Yet no one in a leadership position wants to admit their mistake. A mistake that stripped a deserving soldier of his rank. It wasn't just an emblem they took that day. It was his pride. It was part of his will to live.

It was leadership that not only dismissed requests for medical care but chose to ignore the story that was behind the cover of my husbands file. Leadership that disregarded letters written by his superiors and peers that showed my husband's character.

When my husband came out of the Lieutenant Colonel's office I saw unbelievable pain in his eyes. Pain that no one should ever have to look at but I have seen so many times since that day.

There was no fairness to this hearing. Their decision was made long before I ever stated my husband's case. They did not care he had never seen a doctor to be treated for even PTSD much less to find out that he had terminal illness. They simply did not care.

I will file a request with the Army Review Boards Agency (ARBA.) That takes time and honestly I haven't heard much positive about the process. My husband doesn't have that kind of time left.

My wish is to see his rank restored, along with his dignity and pride before he leaves this world.

Had his leadership and medical providers listened to either one of us he would not have had to wait for 2 years to get a diagnosis. His behavior would have had an explanation. To this day no one has explained to me why he was never referred to mental health or neurology. Not one has apologized for being wrong or said they felt bad that my husband is terminally ill. Had they listened to us his medical board could have been started long before it was. Had they listened we would have had more time to enjoy what time he has left. *See below for evidence*

Time is short now. No one can say for sure how much. His disease is rapid and aggressive. He falls very often and his stubbornness and dignity make that an even bigger issue. He has lost over 50 pounds in four months. He tries to eat but can't or if he does he can't keep it in. His advanced directives are no life saving measures and he has signed a "Do Not Resuscitate" order. All I can do is sit here and hold his hand. I can't say "It's going to be alright." There is nothing right about this.
His last wish is to get me home to Minnesota. His hospice workers aren't sure that will happen with his rapid decline. As we get closer to the reality I see a little more determination because he "made a promise" and fully intends on keeping it.

These pictures are the result of a recent fall. His illness as well as his overall weakness make falls a big problem. 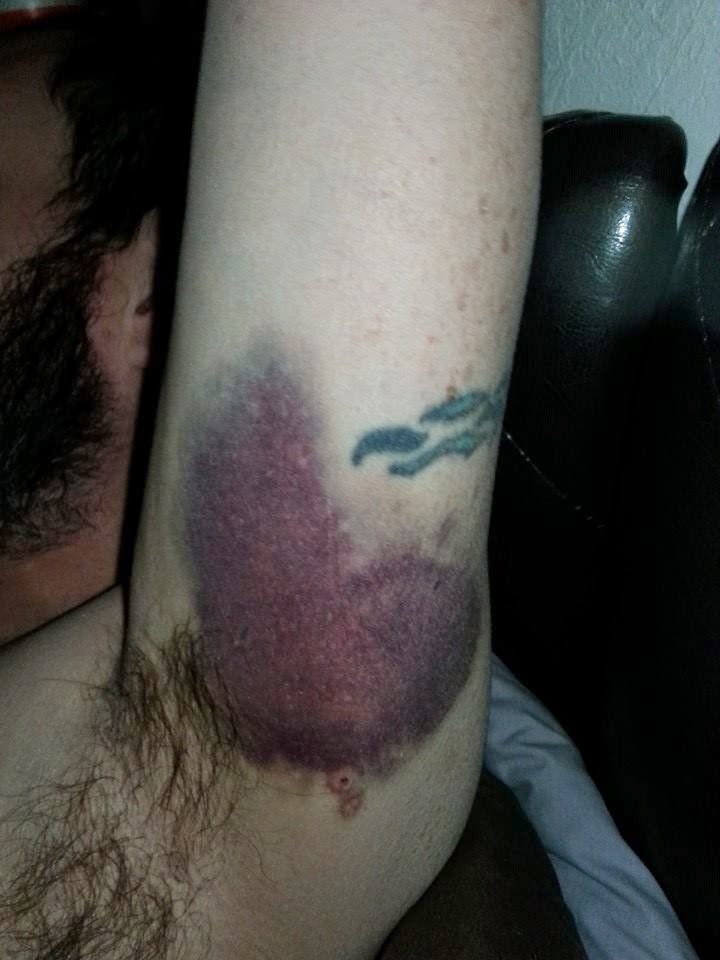 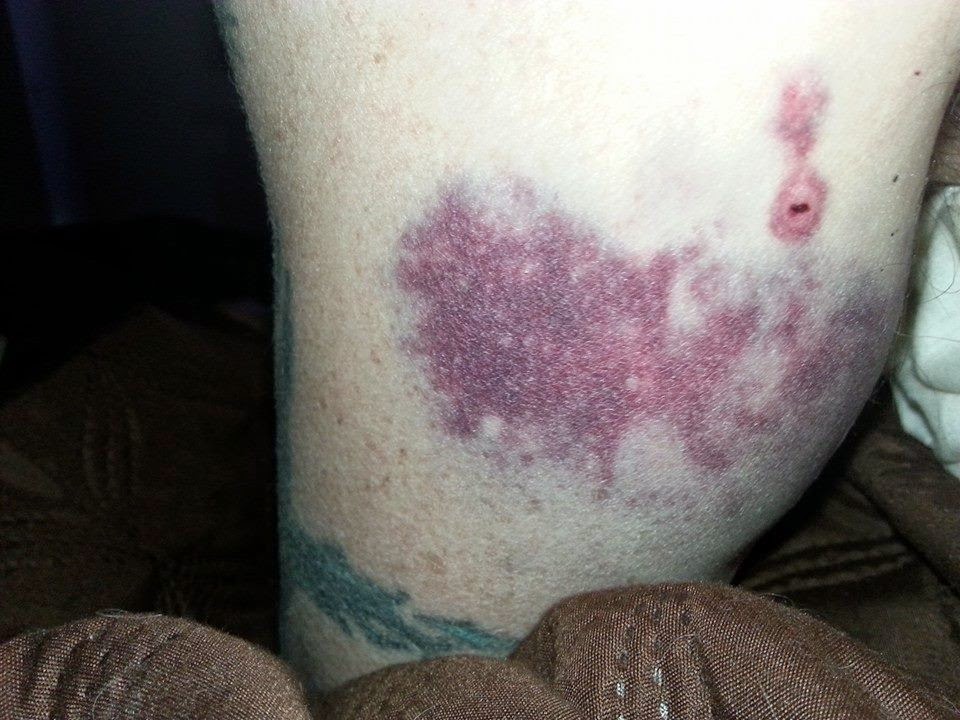 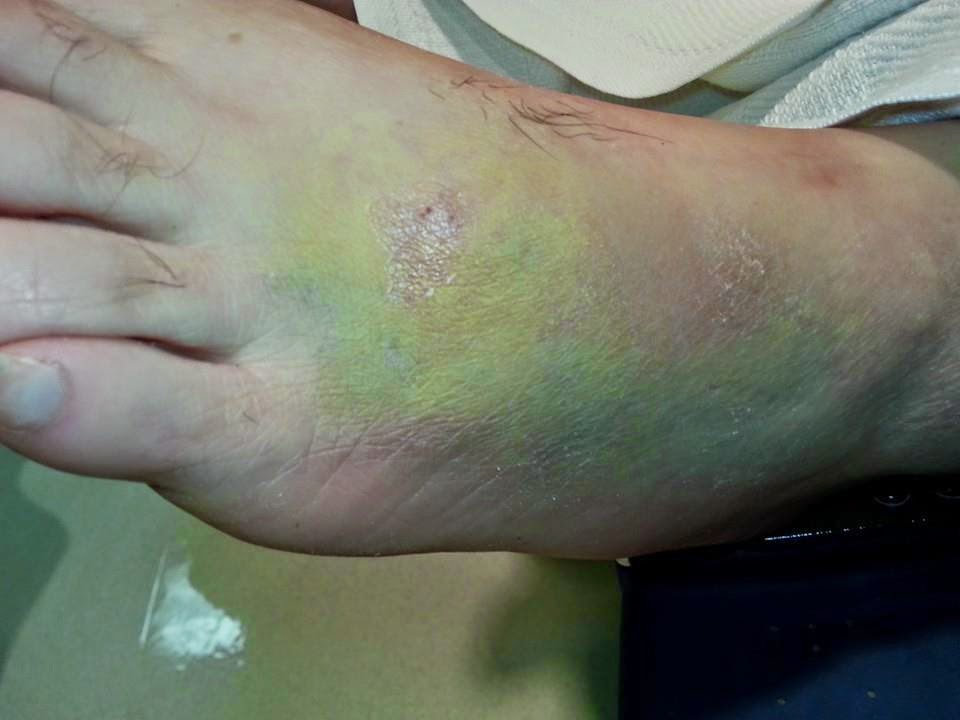 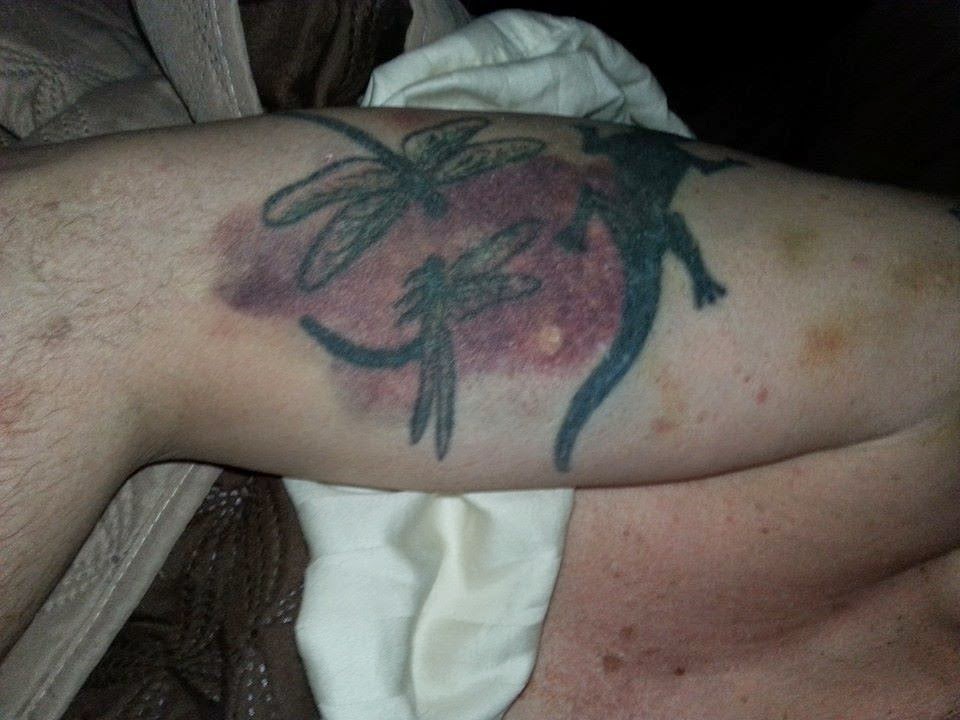 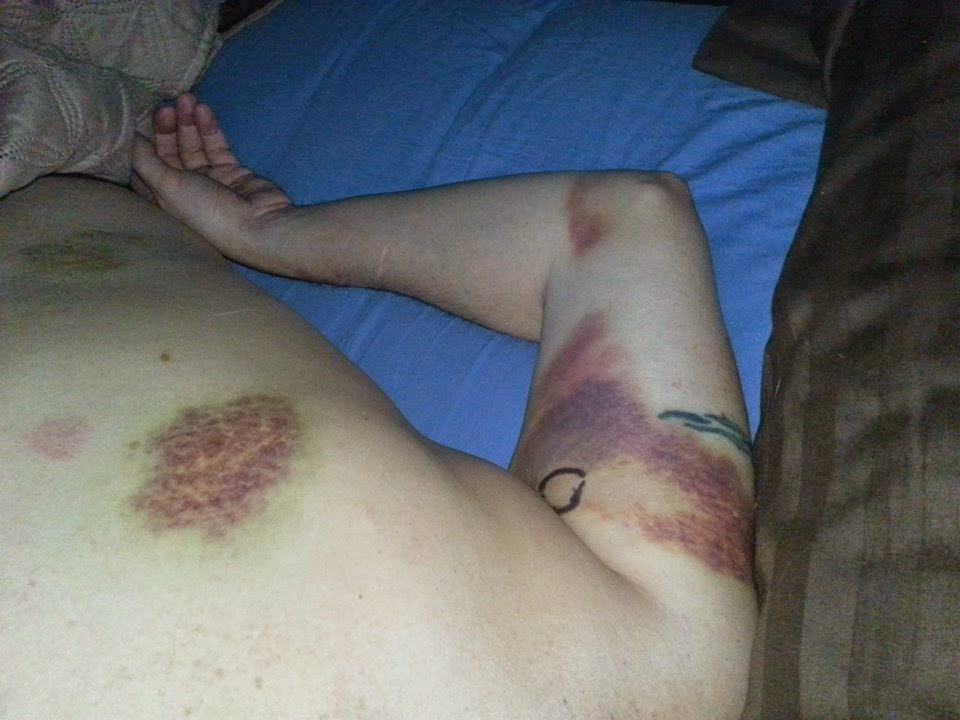 Letters of character and medical evidence. I have requested the records multiple times that might have his Article 15 and UCMJ actions in it. It has apparently all been lost. Please read and see what you think. 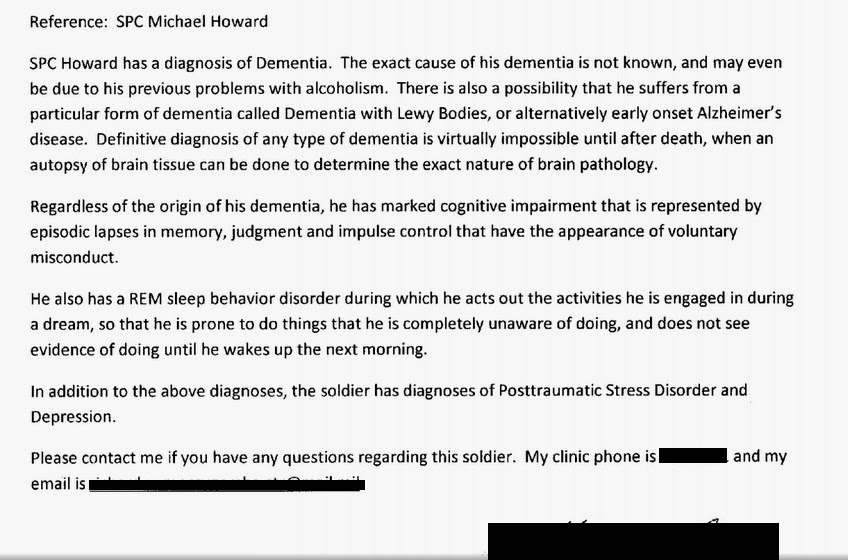 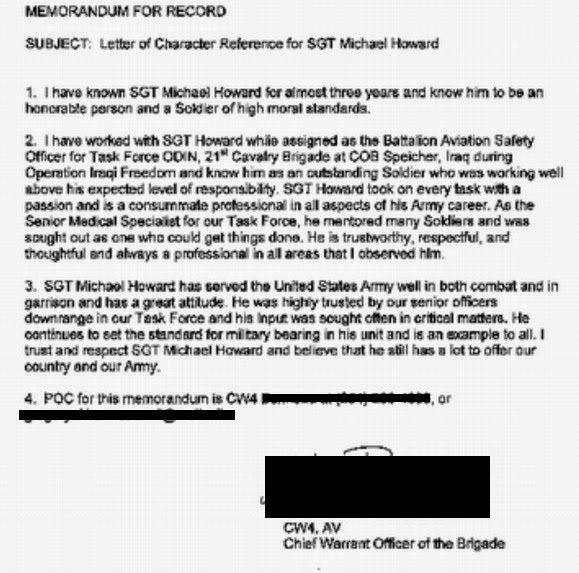 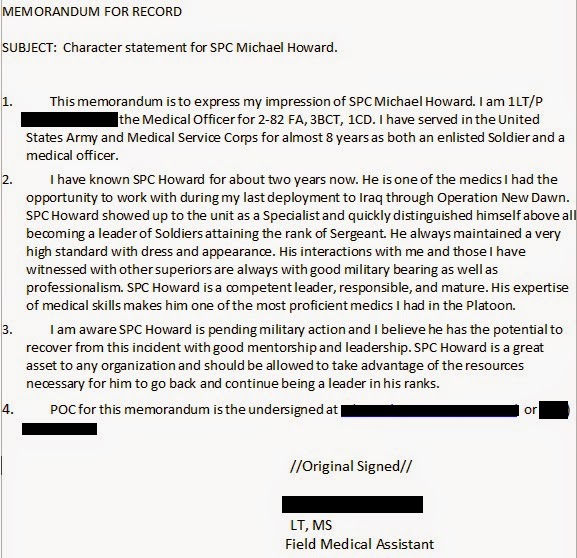 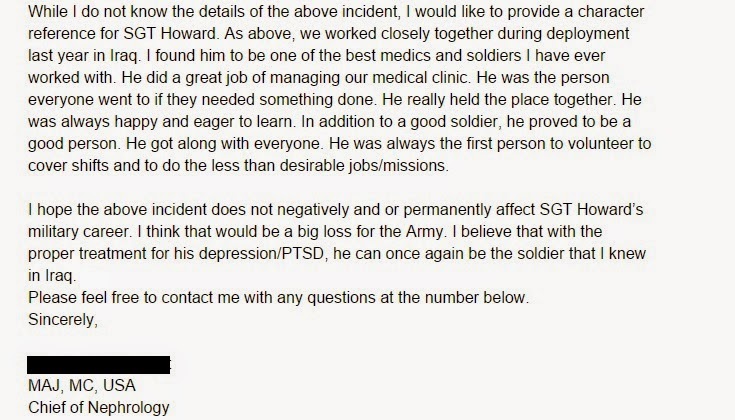 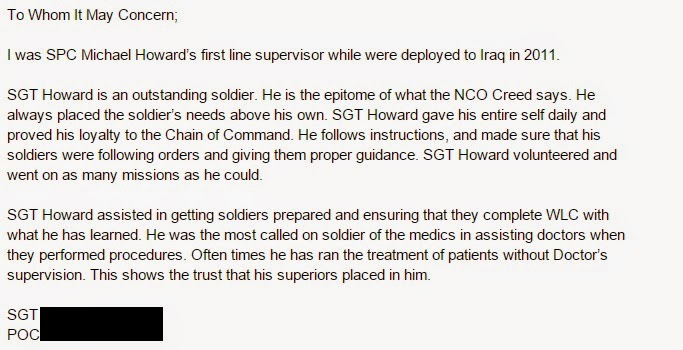 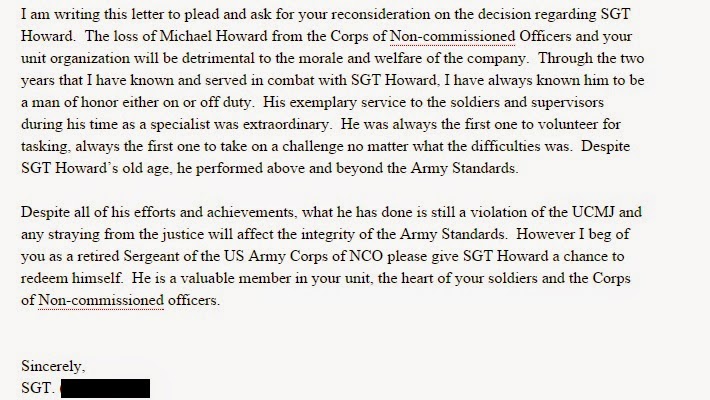 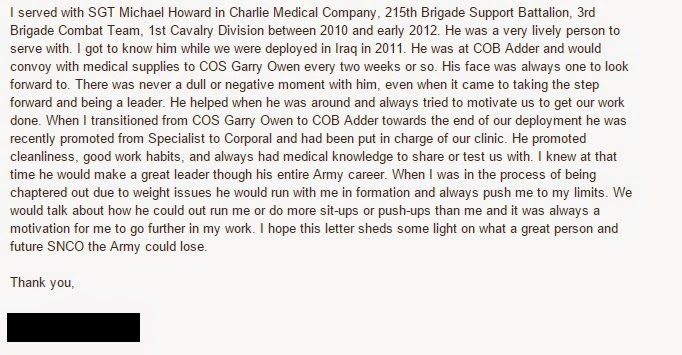 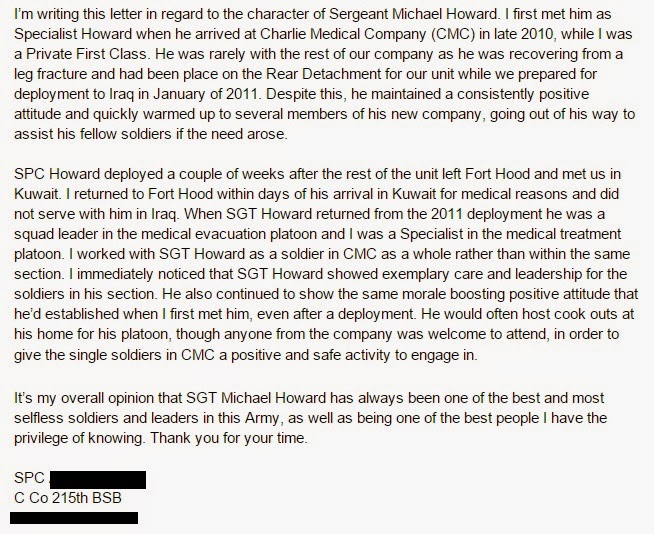