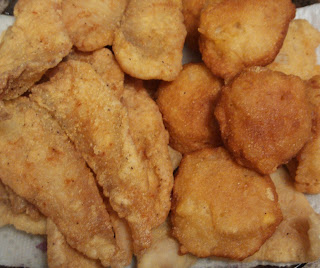 There are so many different stories on the origin of hushpuppies that I really have no idea where the truth begins or ends. Here is one reasonable explanation from Wikipedia: Hushpuppies are a food with strong ties to the American South, although they are available in many areas of America on the menus of deep fried fish restaurants. The name “hushpuppies” is often attributed to hunters, fishermen or other cooks who would fry some basic cornmeal mixture (possibly that they had been bread-coating  or battering their own food with) and feed it to their dogs to “hush the puppies” during cook-outs or fish-fries.

My first experience with these little fried balls of corn was in Southern Illinois at a fish fry. And honestly, I don't like them anymore today than I did then. But Mikey loves them and so do many others. They are rather fun to make and watch puff up and turn golden in the fish oil. By the way, the fish we had tonight was flounder.
I have tried several recipes and with a few amendments came up with this one that Mikey said is really good. (I'll take his word for it.) 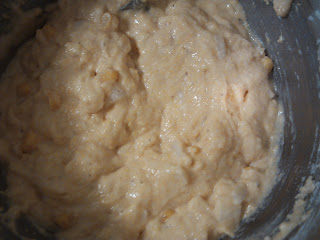 Set aside for at least five minutes. It should get slightly bubbly and rise a little. 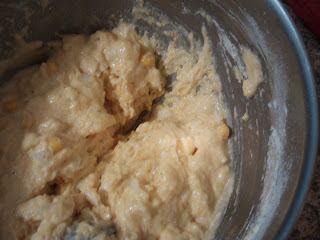 Heat oil to 350F. (I just use the same oil I'm frying fish in.) Drop batter by tablespoonful into hot oil. 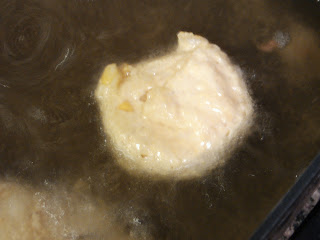 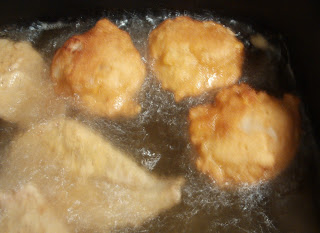