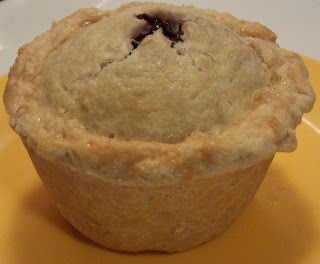 This was only an idea I've had for a few days. I searched the internet for some sort of recipe of what I had in mind and couldn't find anything that baked blueberries and cheesecake together. Not to mention in a regular pie crust, most used a graham cracker crust. What follows is my experiment.

First I got the fillings ready.

For the blueberry I just used a pint of blueberry pie filling that I had canned. 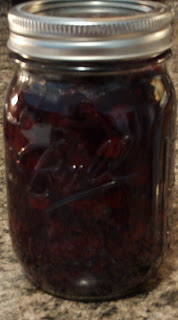 For the cream cheese filling: 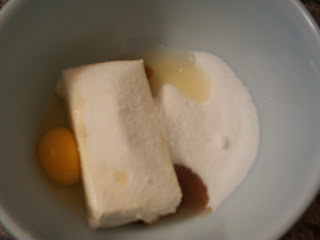 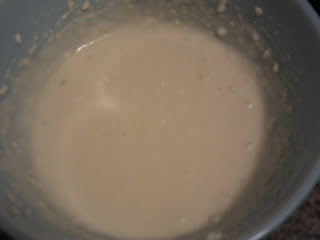 Set aside.
Now, if you wanted to you could use a store bought crust. I prefer this all-butter recipe.
2 1/2 cups flour
2 sticks very cold butter
1 tablespoon sugar
1 cup ice water Cut butter into small chunks and add to flour. 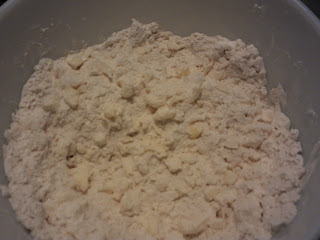 With a pastry knife or two butter knives held together, cut the butter into the flour and sugar until it is coarse. You do not want to mix the butter any more than you have to. The bits of butter are what give a flaky crust. Drizzle 1/2 cup of the ice water over mixture. (Make sure there are no ice cubes in it.) Mix in and add only 1 tablespoon of water at a time until dough holds together. 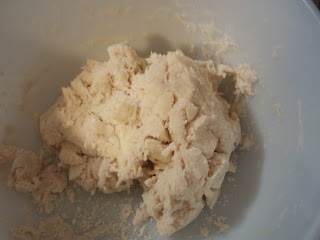 Use your hands and gently knead the dough in the bowl to help bring it together. It should be crumbly and have a 'flaky' look to it already. 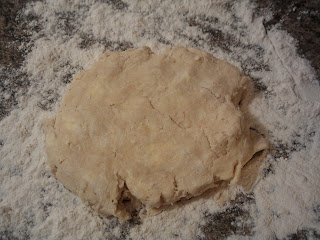 Take half the dough and flatten on a well floured surface. 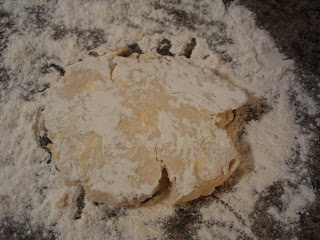 Turn dough, making sure there is still plenty of flour and press down some more. 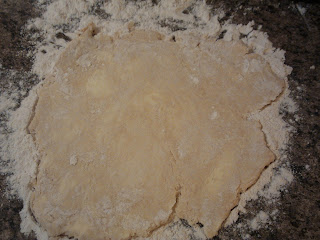 Use a rolling pin to flatten the dough, turn, flour and roll until thin. 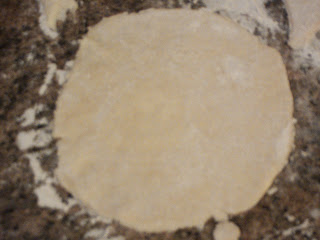 I used a cereal bowl to get the crust almost as big as I wanted. 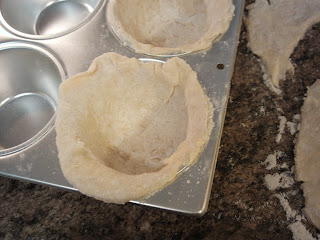 I pressed the circles into a giant ungreased muffin tin. I pressed and shaped as I went along. This is by no means the prettiest pie I've ever seen. 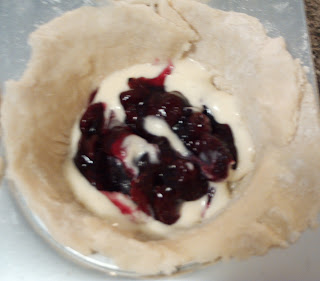 I placed 1/4 cup of the cheese filling in the bottom, then a heaping tablespoon of blueberry filling over the cheese. I gently cut through it with a knife. These were larger than I wanted so I layered the filling with more cheese and more blueberry. 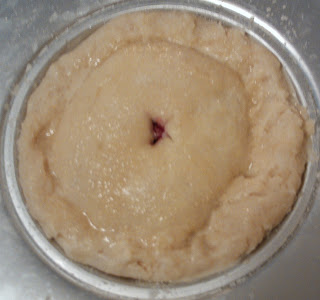 I cut smaller circles of pie dough and folded and tucked the edges under. I used a milk wash to help seal the edges. Then I sprinkled sugar on top. Don't forget to vent by cutting a small X on top.

With the oven preheated to 325F I baked the mini pies for 50 minutes. Once they were cool enough I simply twisted them to loosen and pulled them out of the muffin tin. 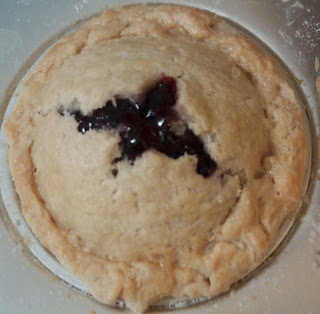 Now, I'm off to fry up some chicken for dinner to go with these pretty little pies.
**Follow up on the pies. As they cook the filling rises and makes the pretty crown you see in the picture. Then as the cool, the crown remains but the filling returns to the size it was when filled. (Just extra pie crust, not really a bad thing.) The cream cheese settled to the bottom and sides of the pan with a little remaining mixed in. The flavor was wonderful! My crust should have been thinner, it was a little too crusty on bottom. All in all, it was a good experiment.
blueberry cream cheese dessert Mini Blueberry Cheesecake Swirl Pies pie