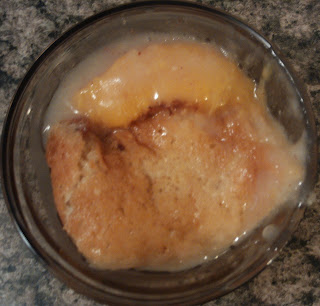 A cobbler can mean just about anything depending on who you talk to and what part of the country they are from. Go to the grocery store and buy a cobbler and it will be simply a square pie. I like a fluffy cobbler with plenty of dough to eat with the gravy that will be formed under it. A cobbler should never be confused with a crisp or a crumble. Which, by the way are awesome too, just not the same thing.

I have cut this recipe in half to make an 8" square size cobbler. Doubling the recipe will make a 9x13" pan. 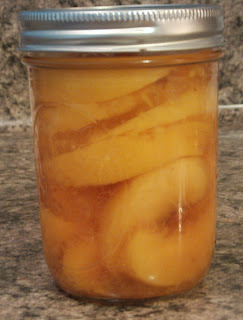 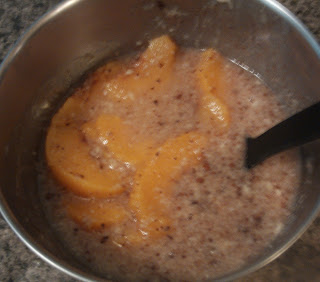 In a large bowl, combine sliced peaches with juice, melted butter, cinnamon and nutmeg. Dissolve cornstarch in water, then stir into peach mixture. Set aside. 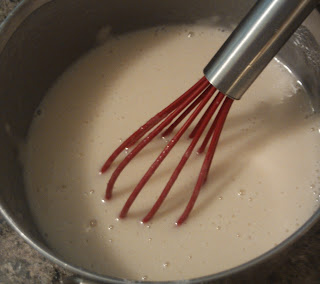 In another bowl, combine milk, sugar, flour, baking powder and salt. Beat until smooth - mixture will be thin. 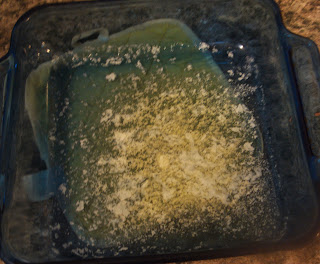 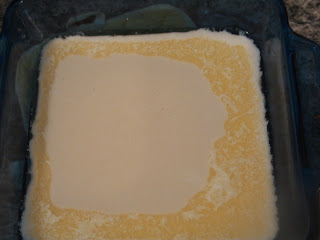 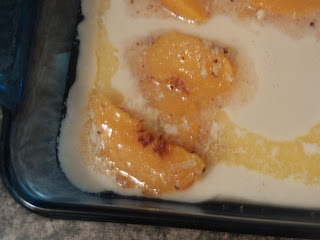 Spoon peaches over batter. Really. Juice and all. Don't pour it, just lay it carefully on batter. 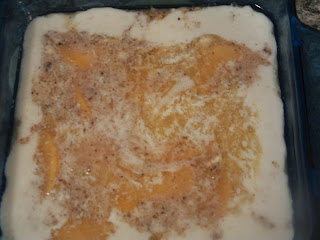 Bake at 350F for 1 hour until knife inserted in center comes out clean. I think a scoop of New York Vanilla ice cream on top would be perfect. 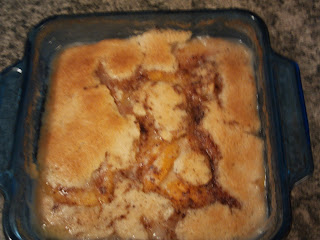 Robin said…
To post a comment, after you have written here, click 'Post Comment.' You will see a preview page, left click just under where it says to 'add a profile pic' or anywhere under your comment that does NOT turn into a hand. Hit your TAB key. This will bring up the word verification. Sorry, I can't find a way around it.
October 6, 2010 at 9:20 AM