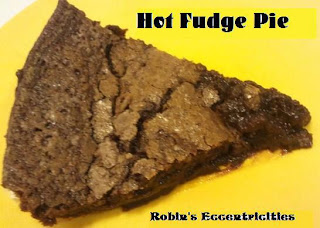 Since today is National Chocolate Day I figured I would test out one of the chocolate recipes I found on Pinterest. There were so many to choose from and my day was already so filled with other things that I chose something that looked easy and still filled the billing for chocolate. Here is the post to compare:

It turned out pretty good. My edges were higher than those in the picture. Perhaps it is because I used a pie tin for mine instead of glass. *Note to self to buy a smaller glass pie pan. I was also anxious to get it cut and take a picture so I don't think it cooled enough to get a very pretty slice.

Was it chocolatey? You bet it was! If I were to make this again I would do a few things different. One, make it for company. Two, let it cool more before I cut into it but not so cooled that it isn't gooey. Three, serve with a dollop of whipped cream or vanilla ice cream. Four, add just a pinch of salt.

That being said, let's take a look at the recipe.

Preheat the oven to 350 degrees. 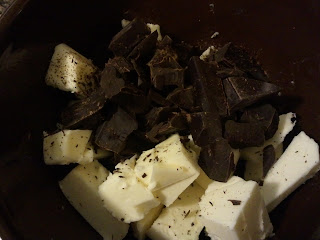 Melt butter and chocolate just until the chocolate is almost entirely melted. Stir. Cool. (You can use the microwave just be careful not to burn the chocolate.Check every 20-30 seconds. Use   medium power if possible.) 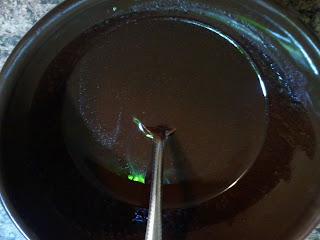 Beat eggs in mixing bowl, then stir in sugar until combined. 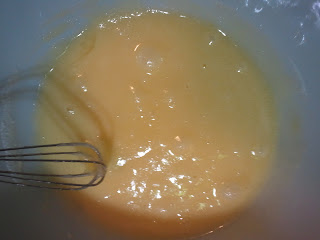 Blend in the chocolate mixture. 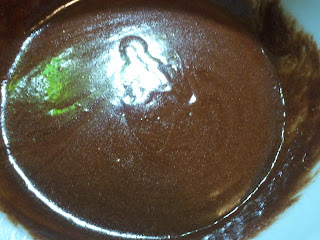 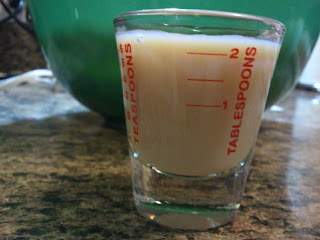 Fold in flour until no streaks remain. Do not beat or over mix. 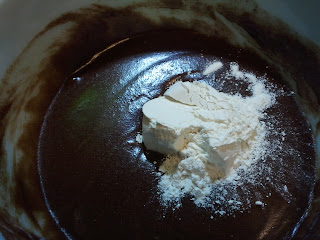 Pour and spread into your buttered pie dish. 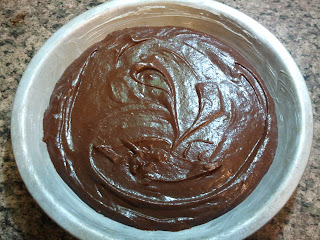 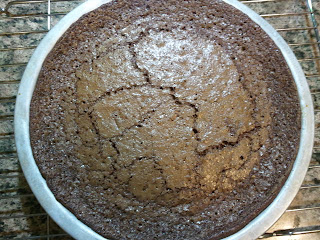 The center will fall as it cools.

This was easy but there were down times while the chocolate was cooling or while it was baking but it allowed me to get some other things done today.