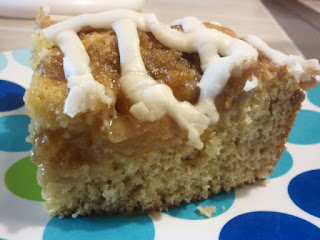 If there is coffee cake in heaven this would be it. Really.

This recipe was created because my husband wanted something with fruit in it. At first he said peach cobbler. But I'm kinda getting tired of peach cobbler. As great as it is, I need variety. I searched around looking for inspiration. Apple coffee cake sounded really good. But plain apple cake seemed a little boring too. More discussion with hubby. I asked him if he would rather have streusel on top or glaze. He said, "Why not both?" I stared at him for a moment and then decided it couldn't hurt to try. And if it's what he wanted then I'd give it a shot.

I also didn't want to spend a great deal of time in the kitchen since I knew I would be making fried chicken and buttermilk biscuits for dinner. So although this recipe is ingredient heavy, it does go together quite fast because I used a cake mix as a base. I was going to use a spice mix but I wanted to apple flavor to stand out more than the flavor of the cake.

Not all of my experimenting works out. This one was, as my husband described it, "A grand slam!" 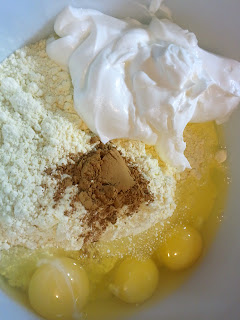 Mix on low until combined then continue to mix on medium for 3 minutes. 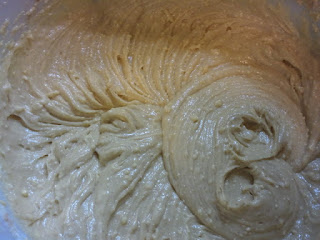 Spread batter into greased 9x13" pan.
Drop spoonfuls of the apple pie filling over the top of the batter. I am SO pleased that I made mine apple dices instead of slices. I think if I were to use a store bought version I would chop the apples up smaller before I spooned them on. 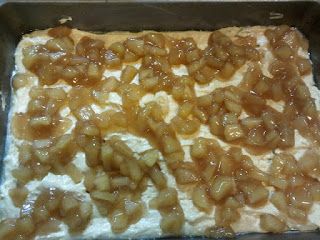 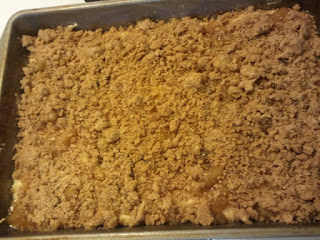 Bake at 350F for 35 minutes until a toothpick inserted comes out clean. 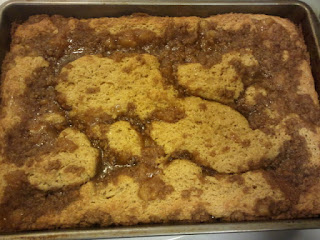 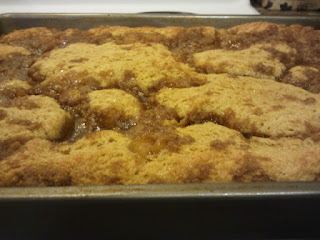 Squeeze glaze on top. If you glaze the cake while it is warm all the glaze will soak in. That is fine if you like it that way but I wanted the glaze to stand out.
Details on glaze click here.
Linking up to:
Freedom Fridays
dessert Glazed Apple Streusel Coffee Cake